Why Your Sales Scripts DO NOT Work 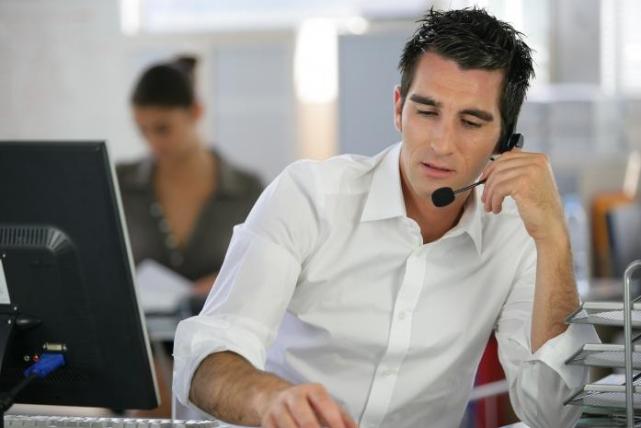 The young sales rep was excited about his new role – he had been hired by the company straight out of school to sell to the business world. After all of the training, he finally had his first solo sales call. He enthusiastically went through all of the things he had been trained to do. Afterward, he raced back to the office to debrief his call with the Sales Manager.

The Sales Manager asked the basic question we all know – “How did it go?” – The young sales rep then paused as he felt uncomfortable answering. As he answered, “I thought it went well, however, he did not seem to know his part.” The Sales Manager developed a curious and confused look. As the conversation went deeper, quickly they uncovered that the young sales rep had followed the script from his role play training so closely the prospect did not know what to do, which to the new rep it appeared he did not know his part.

You may think this is an isolated problem – however, it is not. We hear from CEO’s and Presidents all the time that they actually feel bad watching / listening to sales reps call on them as they try to follow scripts. Which is kind of funny because so many of them then turn around and ask their reps to do the same thing with scripts.

In our firm one of the top requests we get is to help write or re-write scripts for companies. Each time we get this request I smile, because we know scripts simply do not work.

There are four key reasons why scripts don’t work –

1 – They seldom sound like the person reading/following them. Scripts do not allow for you to create an environment where the salesperson and the prospect are both comfortable with the interaction.

2 – Scripts often come with training on how to follow them. This training is always based on the technique – it seldom, if ever, addresses the behavior, attitude, or guts needed to ensure the people can become comfortable using them.

3 – They put way too much pressure on both the salesperson and the prospect. When you follow a script it is impossible to be in the moment and read/understand the other person. The misplaced pressure is on the script not the interaction.

4 – Scripts greatly limit the ability for the listen. Far too frequently when you watch someone following a script they subconsciously are so worried about getting the script correct they cannot focus on or listen to the other person.

All 4 of these are tremendous issues for anyone in sales – whether brand new like that sales rep at the beginning of this story or a well-seasoned individual having been selling for years.

So let me ask – how many opportunities has your team / you blew because you were trying to follow a script. Can you see the pressure it was putting on both parties? Can you see how it prevented listening? If you do not know – you should find out. If you don’t like the answer – find a Business Growth Consultant who can help.

Mike Crandall is the owner and principal of Custom Growth Solutions, LLC, an authorized Sandler Training center, and brings over twenty years of real world sales, management and training experience to his clients. Mike works with business owners and motivated individuals to create and implement Professional Development Strategies to foster the growth of individuals, teams, and organizations.
Share this article:

Video: Sandler Rule #46: There Is No Such Thing as a Good Try